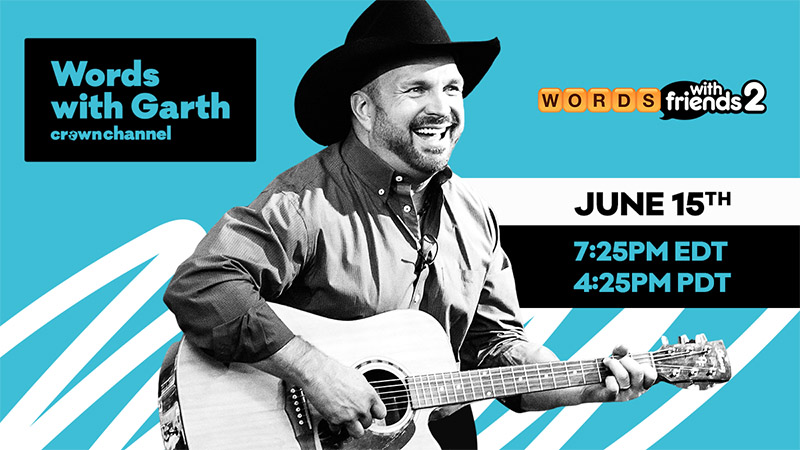 “Words With Garth” is coming on June 15, featuring Garth Brooks and Words with Friends 2!

In May Zynga Inc. (Nasdaq: ZNGA), a global leader in interactive entertainment, announced that Garth Brooks, the best-selling solo artist in U.S. history and avid Words With Friends player, joined its collaboration with Amazon (Nasdaq: AMZN) to bring free content to Amazon Prime members in Words With Friends. Under the arrangement, Brooks will promote Words With Friends with original broadcasts and specialized in-game activations. Prime members will also be able to unlock a new Garth Brooks-themed tile style in Words With Friends 2 in the future.
Garth Brooks has an ongoing relationship with Words With Friends that began with the game’s 10-year anniversary in May 2019. To celebrate the anniversary, Brooks designed a custom tile style, hosted a series of giveaways and took part in a fireside chat at Zynga’s headquarters.
“Throughout my career, I’ve learned that one of the most valuable things in life is connecting with others. I like working with Zynga and Amazon Prime because I believe games like Words With Friends have the potential to connect people all over the world,” said Brooks. “I hope this initiative will help more people foster the important relationships in their lives. Sometimes, a few minutes of play can be as meaningful as a phone call or a letter. It is giving us the opportunity to love one another from a distance.”