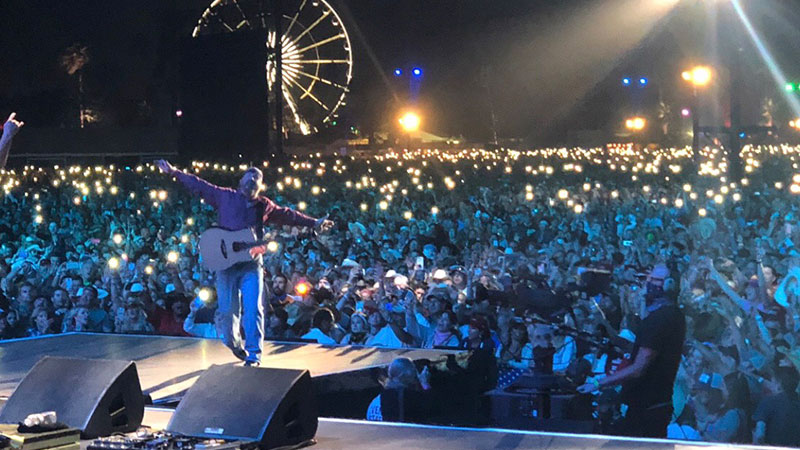 Stagecoach 2018: Garth Brooks finally headlines and it was as epic as you would expect

For 11 years, 2 days, 10 hours and 25 minutes, the Stagecoach Country Music Festival faithful had been waiting for those opening guitar notes.

And on a windy Sunday night at the Empire Polo Club near the end of his main set, they were rewarded as Garth Brooks, the biggest country star who hadn’t yet headlined the festival until its 12th year, started the intro to one of the greatest drinking songs of all time, “Friends in Low Places.”

Instantly, the field of a record 75,000 attendees turned into the neighborhood bar as everyone sang along, even the not-as-familiar third verse, slipping on down to the Stagecoach “OH-ay-sis” again and again.

As Beyoncé turned sister festival Coachella into Beychella, this was Garthcoach.

During his nearly two-hour-long set – and “Friends in Low Places” came just ahead of “The Dance” and then it was encore time – Brooks reminded the crowd repeatedly that it was all about the song. And Brooks has dozens of them.

He started off the night with a 1-2-3 punch of “Rodeo” into “Two of a Kind Working on a Full House” and “Two Piña Coladas” before slowing things down with “The River” and in the crowd, the tens of thousands of cellphone lights went on, almost like whitecaps among waves of people.