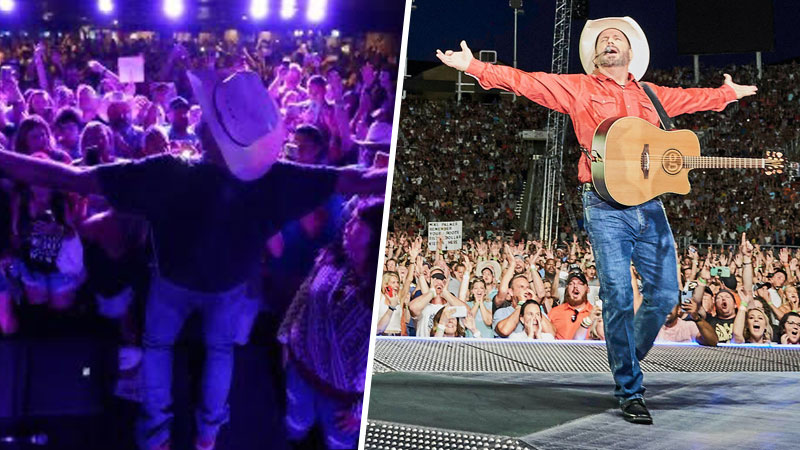 FROM A DIVE BAR SHOW AT THE WESTERNER TO A PACKED HOUSE AT RICE-ECCLES STADIUM, GARTH BROOKS TAKES SALT LAKE BY STORM

Garth Brooks started the weekend in Salt Lake by rocking the house at The Westerner with his first Dive Bar concert since February 2020.  There were nearly 900 people in attendance, and the only way in was to win through local country radio station KSOP.  The Dive Bar Tour was inspired by Brooks' hit single, "Dive Bar," with Blake Shelton, which is on Garth's most recent album, FUN.
Deb Turpin, KSOP -Z104 Program Director and Morning Show Co-Host said, "I've been here at KSOP since 1988, and the Garth Brooks Dive Bar show has been the biggest thing I think we've ever done. The chance to see Garth in this setting is the chance of a lifetime for our listeners. We've heard hundreds of stories the past few weeks about Garth Brooks and his influence on people's lives and everything that comes with life. He continues to touch lives with his music and passion. We are grateful for this opportunity and just had the highest ratings in 26 years, so that doesn't hurt, either! Thank you, Garth!”
On Saturday night, Brooks took the stage in Rice-Eccles Stadium, which he had sold out during the fastest sellout in Ticketmaster history.

Read the review here by Daisy Blake from the Gephardt Daily.