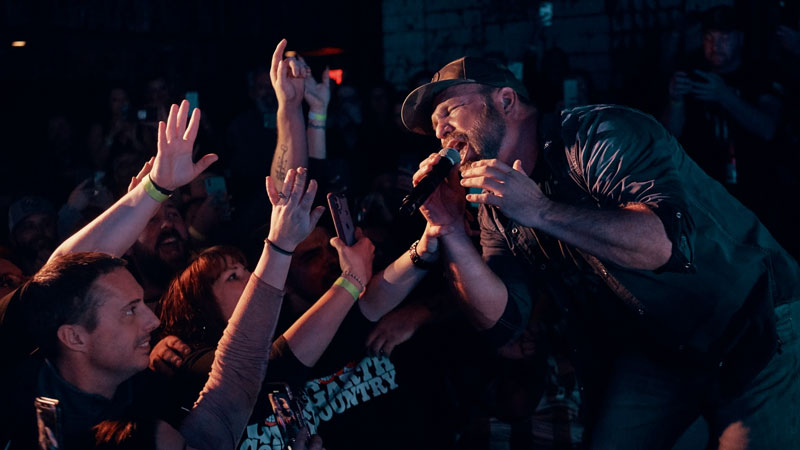 The only way in was to win through local country radio, and the place was packed with over 900 people!

After the concert, Garth went live on Inside Studio G, his weekly Facebook live series: https://www.facebook.com/GarthBrooks/videos/214269269617583/

Tonight's show had originally been scheduled on the same night as the Prospectors show in December, but it had to be rescheduled due to the weather.

This past summer, Garth joined Seagram's 7 to declare it the summer of Dive Bars! As part of the celebration, the pair pledged to help make our roads safer for everyone by never driving impaired and committed to securing 700,000 pledges from dive bar patrons across the country at jointhepact.com. You can also use #JoinThePact on social media.

Garth Brooks’ new single “Dive Bar” featuring Blake Shelton, which inspired the stint of dive bar shows, is available on Amazon Music. The “rowdy” (Rolling Stone) and “anthemic” (Billboard) new song was the most added song at country radio upon its debut and is taken from Brooks’ forthcoming studio album FUN, and is his first musical collaboration with Shelton.

Garth is also in the midst of his “turbo-charged” (Variety) stadium tour, which has shattered entertainment records at every stop so far. In 2019, Garth Brooks The Stadium Tour averaged just over 83,000 tickets in each city and over 914,000 tickets sold to date. Pollstar announced in December that The Garth Brooks Stadium Tour was the best selling country music tour of 2019.