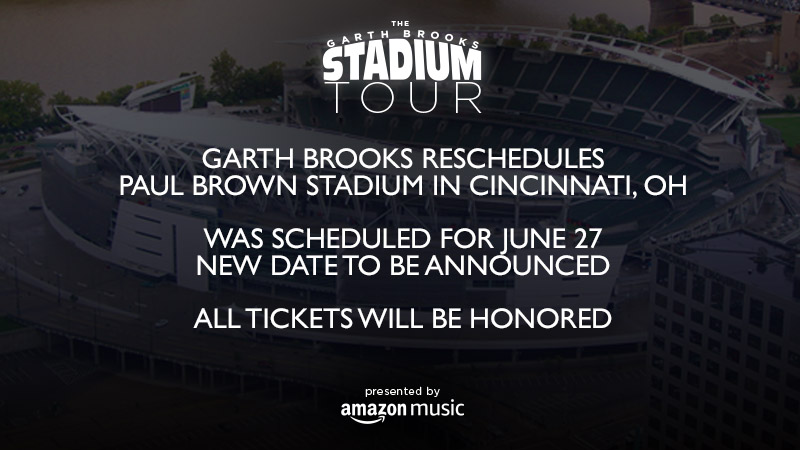 Garth Brooks Reschedules Paul Brown Stadium in Cincinnati, OH Was Scheduled for June 27, New Date To Be Announced All Tickets Will Be Honored

The concert was scheduled for June 27.  The new date will be announced once it's officially confirmed. All tickets will be honored.

During the on-sale Brooks sold 65,000 tickets in less than one hour. He then set the all-time record for entertainment in Cincinnati, Ohio, in 75 minutes with a sellout of 70,000 seats. This will be Garth's first time playing at Paul Brown Stadium and the only Ohio, Kentucky, and West Virginia date on The Stadium Tour.