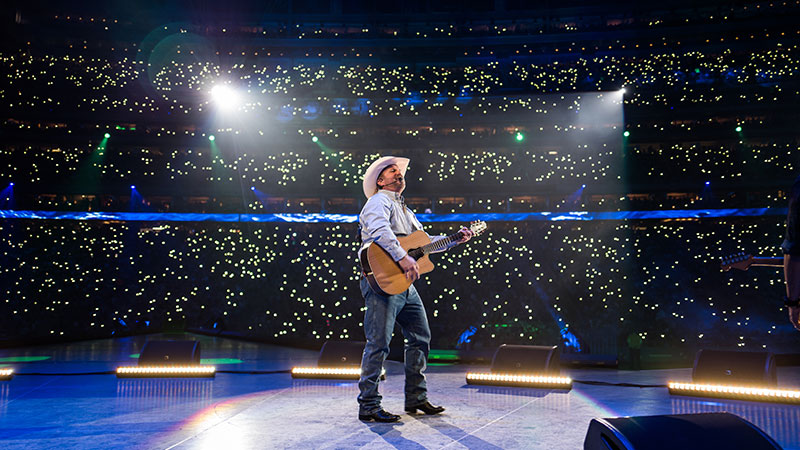 Garth Brooks was host to the biggest party in RodeoHouston history on Sunday, drawing 75,577 fans and setting the record for paid rodeo concert attendance.

The total attendance for both of Garth’s RodeoHouston shows at NRG Stadium on February 27 and March 18 was over 150,000.

“How many times does lightning strike twice in the same place?” he asked the crowd as he took them on a thrilling ride through his biggest hits.  The stadium roared even louder when Trisha Yearwood stepped out of a black SUV and joined Garth for a duet on “In Another’s Eyes.”

Garth left with a final message for the crowd.  "I would love to come back here, if I can still walk, and celebrate the 100th anniversary with you guys."