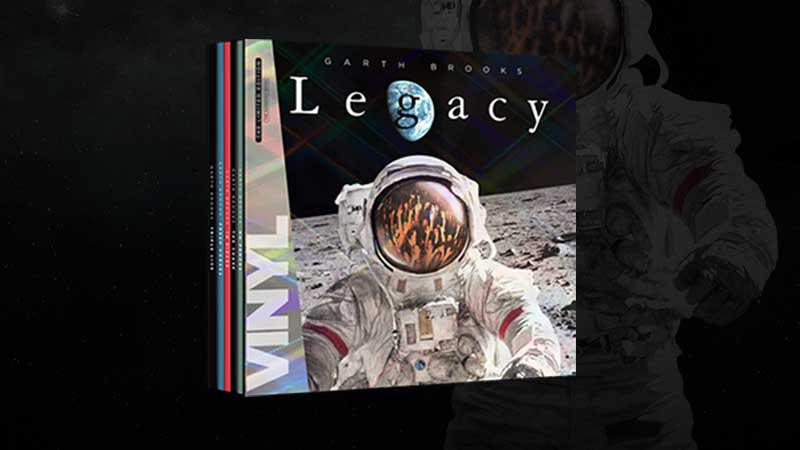 LOS ANGELES - May 3rd, 2019- Garth Brooks just passed the 1 million vinyl mark with his vinyl release, Legacy- The Vinyl Collection during the fourth and final pre-sale window for the limited + numbered editions of Legacy.

In this window, Garth went live directly to the fans and offered them an opportunity to secure a numbered edition of Legacy. What separates these numbered editions from any others? Pre-ordering allows fans the chance to pick their own special six-digit number!

Brooks said, "Music is so personal, now, being able to make your package with your most important date on it, makes it even more personal. I have secured my packages with my daughters' birthdays and my anniversary."

Yahoo! has called Legacy - The Vinyl Collection "the most sought-after vinyl of 2019."

At the first pre-sale window from rehearsal for the stadium tour on February 28, Garth sold out 420,000 in 18 hours.

The fourth and final, current window began during Garth's appearance at Zynga HQ on May 1. Zynga is the maker of the popular mobile game, Words With Friends.  Within minutes of the window opening, Brooks passed the 1 million mark of vinyl albums.