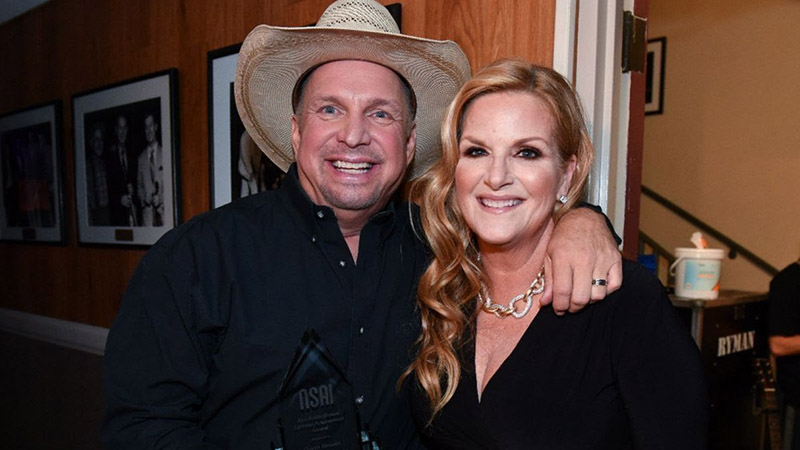 Garth Brooks was honored with the Kris Kristofferson Lifetime Achievement Award at the 5th Annual Nashville Songwriter Awards presented by City National Bank, held on September 20 at the Ryman Auditorium.

An award bestowed to an individual whose works have made a significant contribution to the American songbook and one who has inspired the careers of others, the Kris Kristofferson Lifetime Achievement Award has only been given to three other individuals since its inception:  Loretta Lynn (2019 recipient), Bill Anderson (2018 recipient), and Willie Nelson (2013 recipient).  Chosen personally by Kris Kristofferson, there is no greater honor to achieve within NSAI’s organizational awards.
In the announcement that Brooks would receive the award, Kristofferson said, “It’s pretty damn embarrassing to give a man of Garth’s stature an award with my name on it.  When Willie got one he said he could take care of that. Congratulations, Garth. I am truly humbled and honored that you have accepted this! You belong on Mount Rushmore."
To honor Brooks during the ceremony, Luke Combs sang "The Beaches of Cheyenne," and legendary songwriters Pat Alger, Kent Blazy and Tony Arata performed a medley of hits, concluding with "The Dance."