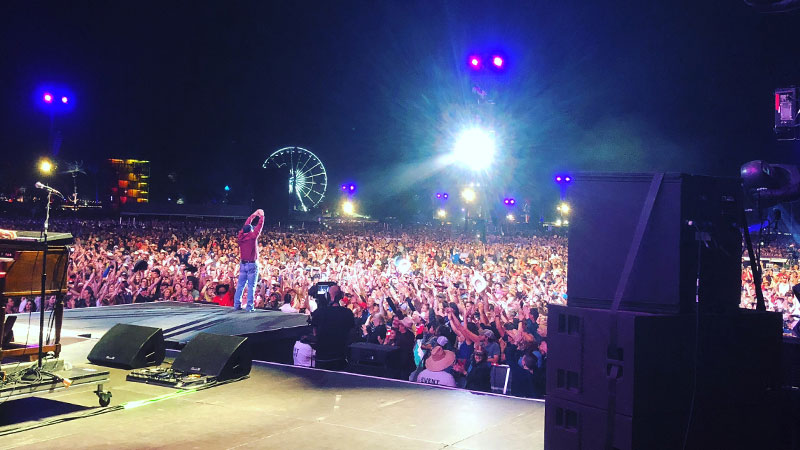 A record crowd of 75,000 were in attendance at Stagecoach on Sunday night, but none of them had more fun than Garth Brooks did on stage.

In a one-on-one interview with The Desert Sun about three hours before the performance, Brooks called Stagecoach “The coolest outdoor festival there is” and said that Yearwood told him after she played in 2008 that he was going to love it.

“She said it’s going to be a sea of people, a sea of love and what will kill you, and try not to cry, is when they are all singing your stuff back to you. That’s what I’m looking forward to,” Brooks said.

Well, he barely had to wait. His second song of the night, Two of a Kind Working on a Full House, had a small moment where he let the crowd take over. That prompted him to say to the crowd “Oh you guys came here to sing?” His third song “Two Pina Coladas” turned into a full-fledged singalong as 75,000 voices cut through the wind and dust blowing through the same polo field that hosted Beyoncé and Co. last week at Coachella.