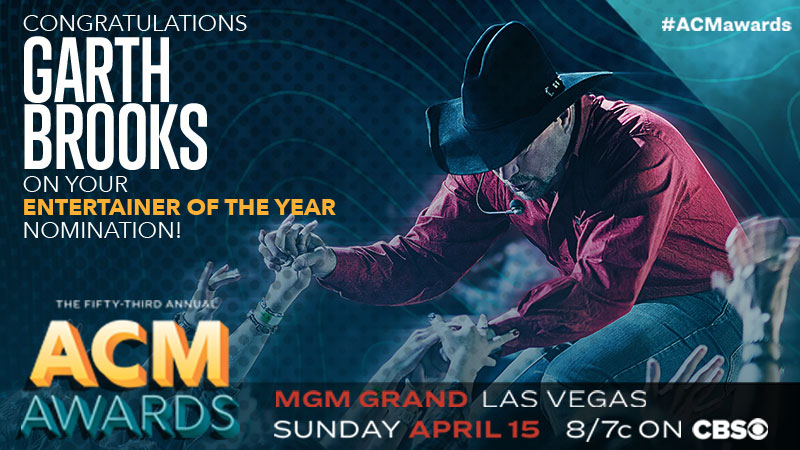 GARTH BROOKS NOMINATED FOR ACM ENTERTAINER OF THE YEAR

Garth Brooks has been nominated for Entertainer of the Year at the “53rd Academy of Country Music Awards™,” to be broadcast live on the CBS Television Network on Sunday, April 15, from the MGM Grand Garden Arena in Las Vegas.

Garth has a long history with the Academy of Country Music, having won 22 ACM Awards since 1991, including 6 Entertainer of the Year trophies.