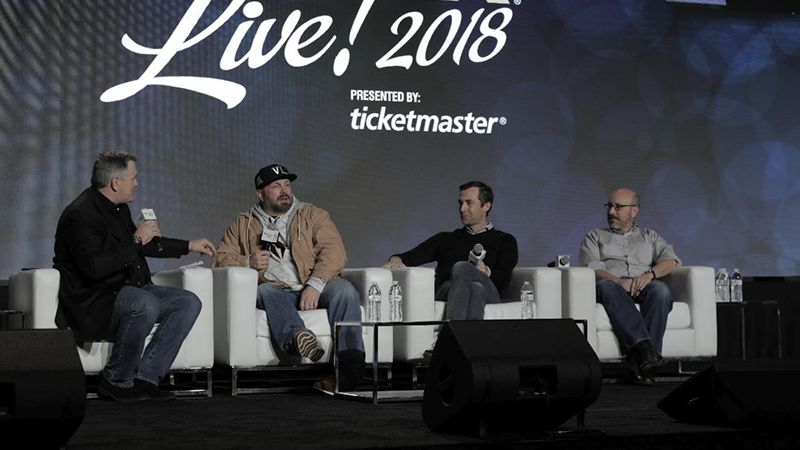 “It’s a total shock and quite an honor,” Brooks said upon accepting his award before a packed ballroom. “I don’t think an entertainer is anything without other people who allow him to do this.”

The country super star thanked his co-manager Bob Doyle and longtime promoter Ben Farrell, saying, “They have made my career possible.”

In December, Brooks wrapped up a three-year tour in which he sold more than 6.3 million tickets, setting a record as the biggest-ever excursion by a solo artist. The trek marked his return to touring after taking 16 years off the road to concentrate on his family.

Brooks also has the numbers when it comes to recorded music. He’s the first artist to receive seven RIAA Diamond awards for albums sales of over 10 million per album and is the No. 1 selling U.S. solo artist with more than 148 million albums sold.

“In discussing it with all of our folks,” Leiweke said, “there was only person who we thought ultimately had to be the first inducted into the Live Music Hall of Fame and that was Garth Brooks.”