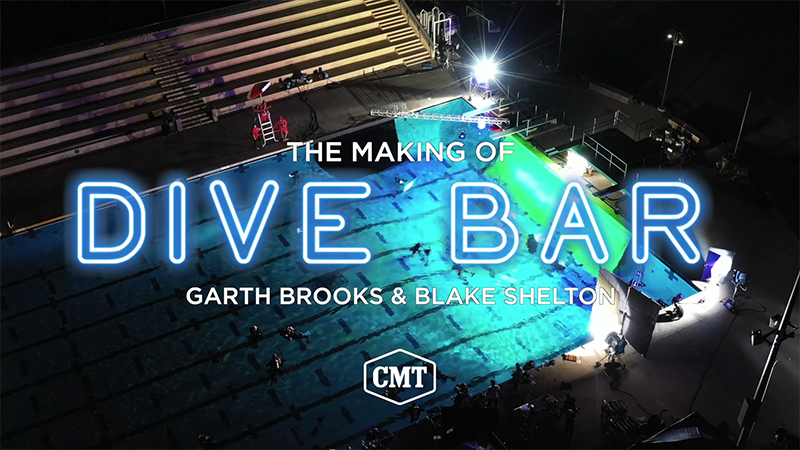 Nashville, TN - Jan 15, 2020 - CMA "Entertainer Of The Year” Garth Brooks is offering fans a look behind the scenes of his first music video in 12 years in a special broadcast of “The Making Of Dive Bar” set to exclusively premiere on CMT on January 18 at 12pm/11am CT, and will re-air on Sunday 1/19 at 12pm/ 11am CT. Brooks co-directed the music video for his current Top 15 single with Blake Shelton, “Dive Bar,” alongside Robert Deaton, teaming up to make a one-of-a-kind concept. Brooks and Deaton share the process that went into making the video, including Brooks’ band members taking scuba diving lessons to bring the song to life and the meticulously shot visuals throughout. Brooks’ collaborator on the track Blake Shelton also features in the special, offering a humorous glimpse into the atmosphere on set for the video that garnered over 30 million views in five days.

Brooks’ current single also sparked his DIVE BAR tour across the country, where the only way in was to win tickets via country radio. Brooks just announced he will extend the intimate tour into this year, kicking off in Boston where some inclement weather prevented the previously scheduled show from taking place and with more dates to be announced in the near future.