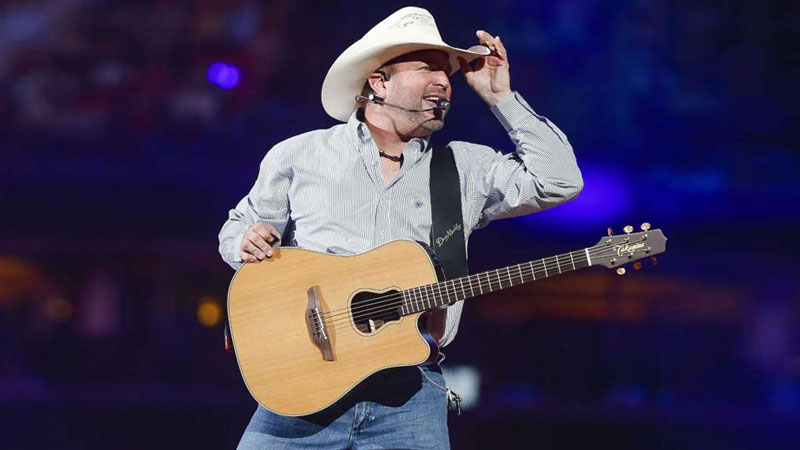 RodeoHouston is just getting started. But Garth Brooks' opening performance set the bar so high that it'll be tough for any other artist to clear.

Brooks is unparalleled in country music as a live performer. He puts his entire being into every song, every hat tip, every guitar strum. It's a marvel — and often exhausting — to watch.

In other words, he's a performer born and built for RodeoHouston.

Brooks' RodeoHouston victory lap began long before he took the rotating stage. He met with the press Tuesday afternoon, where he said he'd be open to collaborating with Ed Sheeran and Lady Gaga. And he was onstage Monday night at NRG Stadium for Inside Studio G, his popular Facebook series. He took fans on a tour of the new stage and was joined by a trio of astronauts during the 24-minute broadcast.

He promised "a lot less talking and a lot more country music" because of Tuesday night's time constraints. That meant a constant stream of energy between Brooks and the raucous crowd, which totaled 75,018 paid attendance.