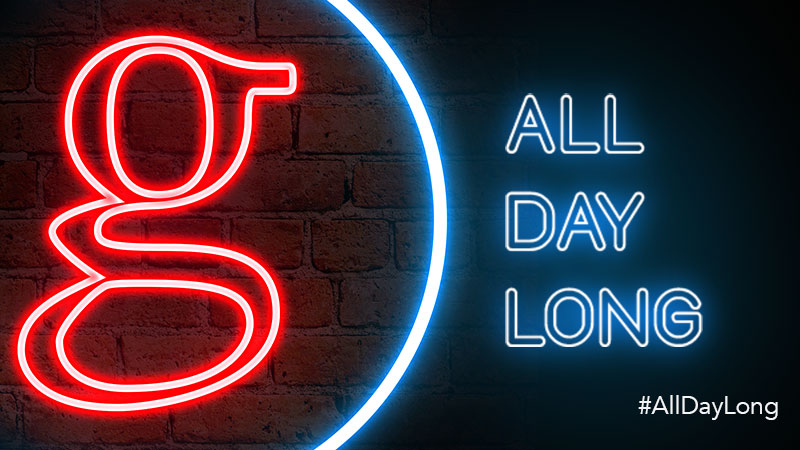 LOS ANGELES- June 19th, 2018- Reigning CMA “Entertainer Of The Year” Garth Brooks is releasing brand new music, much to the delight of his fans. Brooks’ new single “All Day Long” is available to stream on Amazon Music here and at Country Radio today.  With its instant feel-good vibe, it's set to be the song of the summer.  Co-written by Brooks, the infectious track evokes signature Brooks sing-a-longs, is tailor-made for his ground-breaking live show and follows the momentum of his recent #1, “Ask Me How I Know.”

“All Day Long” is the first track taken from Brooks’ upcoming studio album to be released next year. Fans can pre-order the highly-anticipated release starting today here (available at a limited time only price of $10) and will receive the new single immediately, as well as an exclusive bonus track, “The Road I’m On," which will be the opening song of Brooks’ imminent tour.  Brooks shared details of the new single with fans last night via “Inside Studio G,” his weekly interactive Facebook Live series, available to watch here.

"From the very first lick, this song is a party," said Brooks.  "Country radio, uptempo honky-tonk and summer go soooooooo good together!”