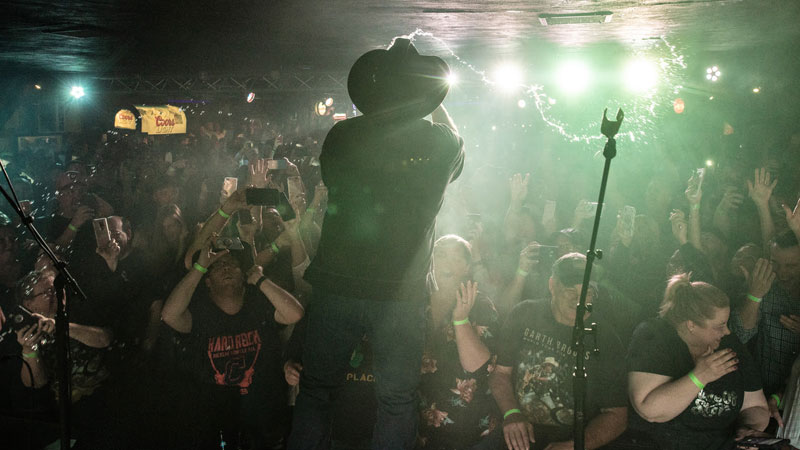 It Was A Wild Good Time At Garth Brooks' Fifth DIVE BAR Concert At The Dusty Armadillo In Rootstown, OH

The place was packed to capacity with over 700 people!

Country radio stations all across the nation were given the chance to send contest winners.

In an epic first-time event, Garth went live on Inside Studio G, his weekly Facebook live series, for the entire finale of the concert: https://www.facebook.com/GarthBrooks/videos/787470331686767/ . The full embed code is below.

This was the fifth of seven DIVE BAR concerts. The first was at Joe's on Weed Street in Chicago in July.  The second was at Buck Owens' Crystal Palace in Bakersfield, CA, in August. The third was at Gruene Hall in New Braunfels, TX, in September. The fourth was at The Barn in Sanford, FL, on October 16th.

This summer, Garth joined Seagram's 7 to declare this the summer of Dive Bars! As part of the celebration, the pair pledged to help make our roads safer for everyone by never driving impaired and have committed to securing 700,000 pledges this summer from dive bar patrons across the country at jointhepact.com. You can also use #JoinThePact on social media.

Click here to see the full episode of Inside Studio G