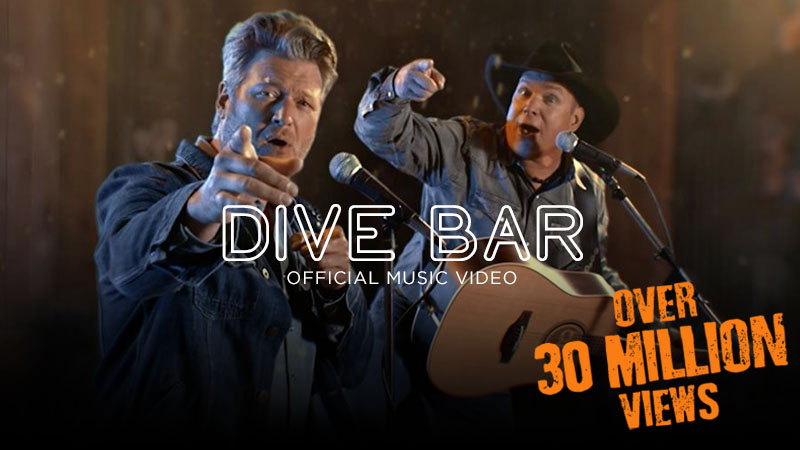 LEGACY, from the record-setting pre-sales this past spring, is starting to be delivered this month. With that, the 7 vinyl album and 7 CD (+ bonus tracks) package is arriving at retail stores across the nation in preparation for Black Friday. The vinyl package broke pre-order records back in the spring, moving over 1 million vinyl records! While the pre-sale numbers may not qualify for the music charts, it was worth it to give fans a chance at a once-in-a- lifetime, numbered limited edition package. LEGACY is now available at Best Buy, Dollar General, Bass Pro, Cabela’s, Cracker Barrel, Costco and more.

The new single, “Dive Bar,” is available on Amazon Music. The “rowdy” (Rolling Stone) and “anthemic” (Billboard) new song was the most added song at country radio upon its debut and is taken from Brooks’ forthcoming studio album FUN, and is his first musical collaboration with Shelton.

The single inspired a 7-date stint of dive bar shows. The first DIVE BAR concert was at Joe's on Weed Street in Chicago in July.  The second was at Buck Owens' Crystal Palace in Bakersfield, CA, in August. The third was at Gruene Hall in New Braunfels, TX, in September. The fourth was at The Barn in Sanford, FL, on October 16. The fifth was at The Dusty Armadillo in Rootstown, OH, on October 28.