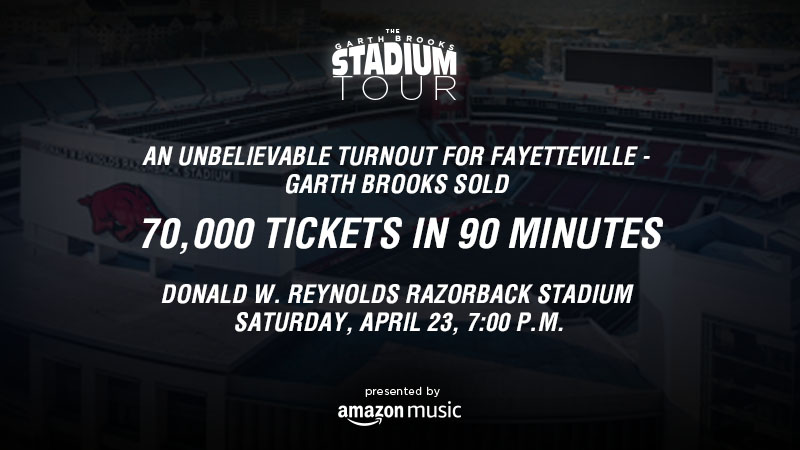 LOS ANGELES- December 3, 2021-  There was an unbelievable turnout for the on-sale this morning for Fayettteville. Garth Brooks sold 70,000 tickets in 90 minutes for his concert at Donald W. Reynolds Razorback Stadium on Saturday, April 23, at 7:00 p.m.

This will be Garth's first time ever at the home of the Arkansas Razorbacks and his first appearance in the state of Arkansas in over seven years. This will also be Garth's only Arkansas and Oklahoma stadium appearance on the tour in 2022!

The concert will feature in-the-round seating. There is an eight-ticket limit per purchase.  There are only three ways to purchase tickets: at ticketmaster.com/garthbrooks; on the Garth Brooks line at Ticketmaster, 1-877-654-2784; or through the Ticketmaster app on your mobile phone.