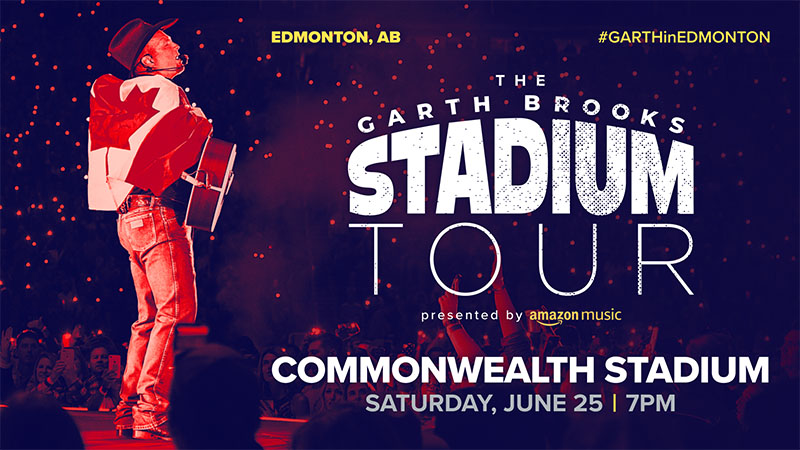 Only Stadium Tour appearance in Canada

This will be Garth's first time at Commonwealth Stadium and the only Stadium Tour appearance in Canada. In 2017, over 160,000 fans attended the Edmonton concerts.

The concert will feature in-the-round seating. There will be an eight-ticket limit per purchase.  There are only three ways to purchase tickets: at ticketmaster.ca/garthbrooks; on the Garth Brooks line at Ticketmaster, 1-877-654-2784; or through the Ticketmaster app on your mobile phone. Please note there will be no ticket sales at the venue box office on Friday, May 6.
Tickets will cost $104.95, all inclusive.