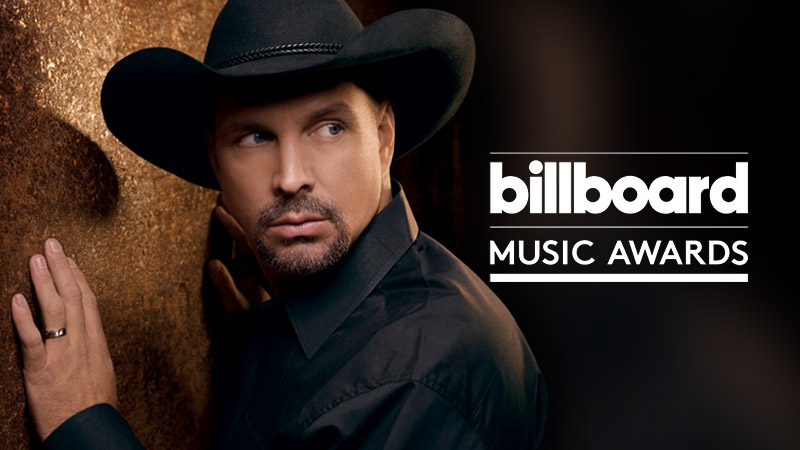 BROOKS WILL ALSO TAKE THE STAGE FOR HIGHLY ANTICIPATED PERFORMANCE

A true legend, Brooks is the first and only artist in history to achieve eight diamond-certified albums at over 10 million album sales each. He remains the #1-selling solo artist in U.S. history, certified by the RIAA with more than 156 million album sales.
Brooks has earned nine No. 1 albums on the all-genre Billboard 200 chart (the most of any country artist), with chart-toppers in the ’90s, ’00s and ’10s. Seven of them debuted at No. 1. Brooks also claimed 17 No. 1s on the Top Country Albums chart and 89 hits on the Hot Country Songs chart including 19 No. 1s. Among those leaders: “Friends in Low Places,” “The Thunder Rolls,” “Ain’t Going Down (Til the Sun Comes Up),” “Longneck Bottle” and “More Than a Memory.”
In January, Billboard announced that Brooks became the first artist to have appeared on Billboard's Hot Country Songs chart in the ‘80s, ‘90s, ‘00s, ‘10s and ‘20s. Brooks first appeared on the chart after the release of his first album, Garth Brooks. Its first single, "Much Too Young (to Feel This Damn Old)," entered the chart in 1989 at No. 94 (when the ranking ran 100 positions deep). The track peaked at No. 8 that July, becoming Brooks' first of 36 top 10s. Now, in the ’20s, he makes another appearance on the Hot Country Songs chart thanks to his collaborative track with Blake Shelton, “Dive Bar.” The single inspired a Dive Bar tour to dive bars in country music capitals around the U.S., which will continue its run through 2022.
In 2019, Brooks launched the Garth Brooks Stadium Tour, which has broken stadium attendance records at every stop so far and which Pollstar declared as the bestselling country music tour of the year. In 2017, Brooks finished the three-and-a-half-year long Garth Brooks World Tour with wife Trisha Yearwood. The tour sold over 6.3 million tickets, making it the biggest North American tour in history and the biggest American tour in the world.
Previous recipients of the ICON Award include Cher, Neil Diamond, Celine Dion, Jennifer Lopez, Prince, Stevie Wonder, Janet Jackson and Mariah Carey.
“Billboard Music Awards” nominees and winners are based on key fan interactions with music, including album and digital song sales, streaming, radio airplay, touring and social engagement, tracked by Billboard and its data partners, including Nielsen Music/MRC Data. The awards are based on the chart period of March 23, 2018 through March 14, 2020. Since 1940, the Billboard charts have been the go-to guide for ranking the popularity of artists, songs and albums, and are the ultimate measure of success in music.
The “2020 Billboard Music Awards” is produced by dick clark productions. Barry Adelman, Mark Bracco, Kelly Clarkson, Robert Deaton and Amy Thurlow are executive producers.