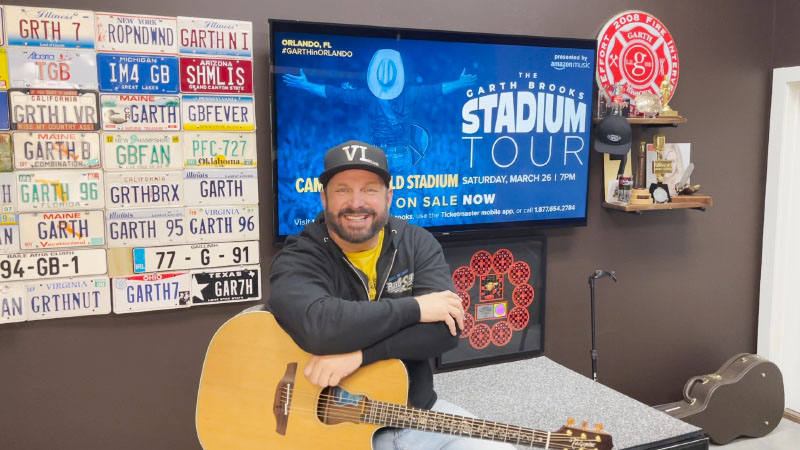 Garth Brooks Is Bringing High Friends to Low Places at Camping World Stadium in Orlando Lucky Fans in the 200 Level Will Be Invited to Sound Check on Friday, March 25

Lucky fans who have purchased tickets in the 200 level will be randomly selected throughout February to receive an invitation for themselves and three friends to be at sound check on Friday, March 25. These fans will have the chance to see the show twice, from high up in the 200 level and down low on the floor, right in front of the stage!

The venue will begin sending out the invitations on Monday. February 7. If you receive an invite, you must reply by March 1 to confirm your tickets to the sound check. Camping World Stadium was chosen for this event because neither a pro nor college team is associated with the stadium. This may be the only stadium where such an event is possible.

The concert will be Saturday, March 26, and seats in the 200 level are still available if you want to join in on the chance to win!

This will be Garth's first time at Camping World Stadium and his first time in Orlando in over five years. This will be the only stadium tour appearance in the state of Florida.

There are only three ways to purchase tickets: at ticketmaster.com/garthbrooks; on the Garth Brooks line at Ticketmaster, 1-877-654-2784; or through the Ticketmaster app on your mobile phone.